South Hills Head Coach
Tiare started playing volleyball when she was 9 years old for Club Stockton. She attended St Mary’s High School In Stockton, CA where she helped lead her team to a CIF and State Final in 2001. Through Club and High School success she earned an athletic scholarship to California State University of Los Angeles where she set for 4 years. She earned All-Conference Honors as a Sophomore, Junior and Senior. In 2005 she was named CCAA player of the year after leading her team to a conference championship and placing 3rd in the Nation.
After College Volleyball, Tiare jumped right into coaching and was the Asst coach at East Los Angeles College and Asst at Campbell Hall High school for 5 years. In 2011 Tiare was named Head Boys and Girls Volleyball Coach at La Salle High School in Pasadena. She has made 3 appearances in the Southern Section Finals, including Finalist in Division 2AA , and 2012, 2013 Division 1A CIF Champions.
She then became the Director of SMBC Volleyball Club in 2011 and 2012 and coached their 14’s 16’s and 18’s girls' teams. Continuing in that direction, Tiare joined Club West Volleyball in 2013 and coached the 15’s 16’s 18’s and San Gabriel Boys 17’s Black teams.
In February of 2013 Tiare was inducted into California State University’s Hall of Fame. She is now the owner of Forza 1 West Volleyball.

Coach
I graduated from Madera High School in 1997 (Central Valley) and then moved to Los Angeles to attend California State University, Los Angeles where I earned BA in Liberal Studies plus a credential in K-8 with a Minor in English. I received my MA in Education from Point Loma Nazarene University.
Other than teaching, I love volleyball and was fortunate to attend college on a volleyball scholarship, playing at the collegiate level for 4 years. Competitions took me to places like Alaska and Hawaii. I currently coach for FORZA West Volleyball Club based out of the City of Pasadena. 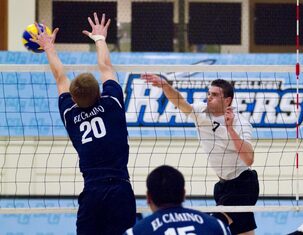 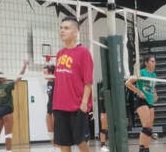